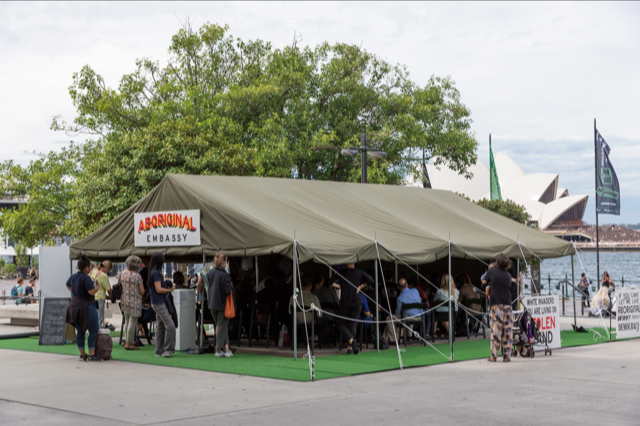 Avant-garde studies has extended beyond a narrow Western European-North American framework and is now turning its attention to a wider discussion of the avant-garde in a global context. We consider what might constitute “an oceanic avant-garde.” It would simultaneously encompass very different trajectories: (i) a history of avant-garde projections about the oceanic and Australasian regions; (ii) examining avant-gardists and fellow travellers who visited the region; (iii) exploring how artists from these regions fared when visiting Europe to engage with the avant-garde spirit when their position was considered peripheral or provincial; (iv) First Nation artists who played host, willing or unwilling, to a stream of European artists on ‘research’ visits as well as their interaction and reinvention of Indigenous forms in exchanges inspired by customary cultures; (v) pondering the intersections and disconnections between the avant-garde legacy and indigenous traditions. The challenge is how to narrate such an episodic history of artistic and cultural encounters.

‘Locations and landscapes for an Oceanic avant-garde’

On the European side of this Oceanic avant-garde are a mix of migrants and travellers – some have settled, others have had a fleeting impact. Still others had no say in the matter being transported as children, refugees or prisoners. My case studies are based on two little known works by European artists, Mel Ramsden and Ken Coutts-Smith, conceived while in Australia. Both works tangle with landscape, upending that transposed Eurocentric regional genre. Both are held in public collections yet have received scant critical reception, suspended in a limbo state between different cultural hemispheres. To retrieve them is to challenge existing histories of Conceptual art and the avant-garde.

‘The Dadaist Richard Bell: inhabiting the dislocations between Aboriginal art and contemporary art’

Indigenous art and culture focus on shared, common values that maintain enduring tradition. This can sometimes form a trap, as Richard Bell’s widely cited essay, “Bell’s Theorem” (2002), sought to make clear. Subsequently, Bell’s practice and ideas have significantly shifted the agenda concerning indigenous art and culture, both locally and internationally. For example, “Bell’s Theorem” was recently republished in the definitive international art anthology, Art in Theory, that traces changing perspectives on modern and avant-garde art. At the same time, Bell is a generous mentor to succeeding generations of younger indigenous artists. And his work, Embassy, which has been acquired by Tate Modern for exhibition in 2022, seeks to reclaim a shared, mutual space of community and gathering, while infused with avant-garde strategies of dissent, challenge, and rebuke. This paper seeks to explore how Bell negotiates these contrary tendencies as the basis for his practice. Does this unstable mixture, once thought impossible, suggest what an “oceanic avant-garde” might look like, or might become?

Ann Stephen is Senior Curator, Art, University of Sydney. Since 2015 she has been on the Scientific Committee of the European Network for Avant-garde and Modernism Studies (EAM). She has been awarded two Australian Research Council grants. Her publications include On Looking at Looking: The art & politics of Ian Burn, 2006, and Light & Darkness: Late Modernism & the Power collection, 2022. She is a Fellow of the Australian Academy of the Humanities, and chair of Art Monthly Australasia.