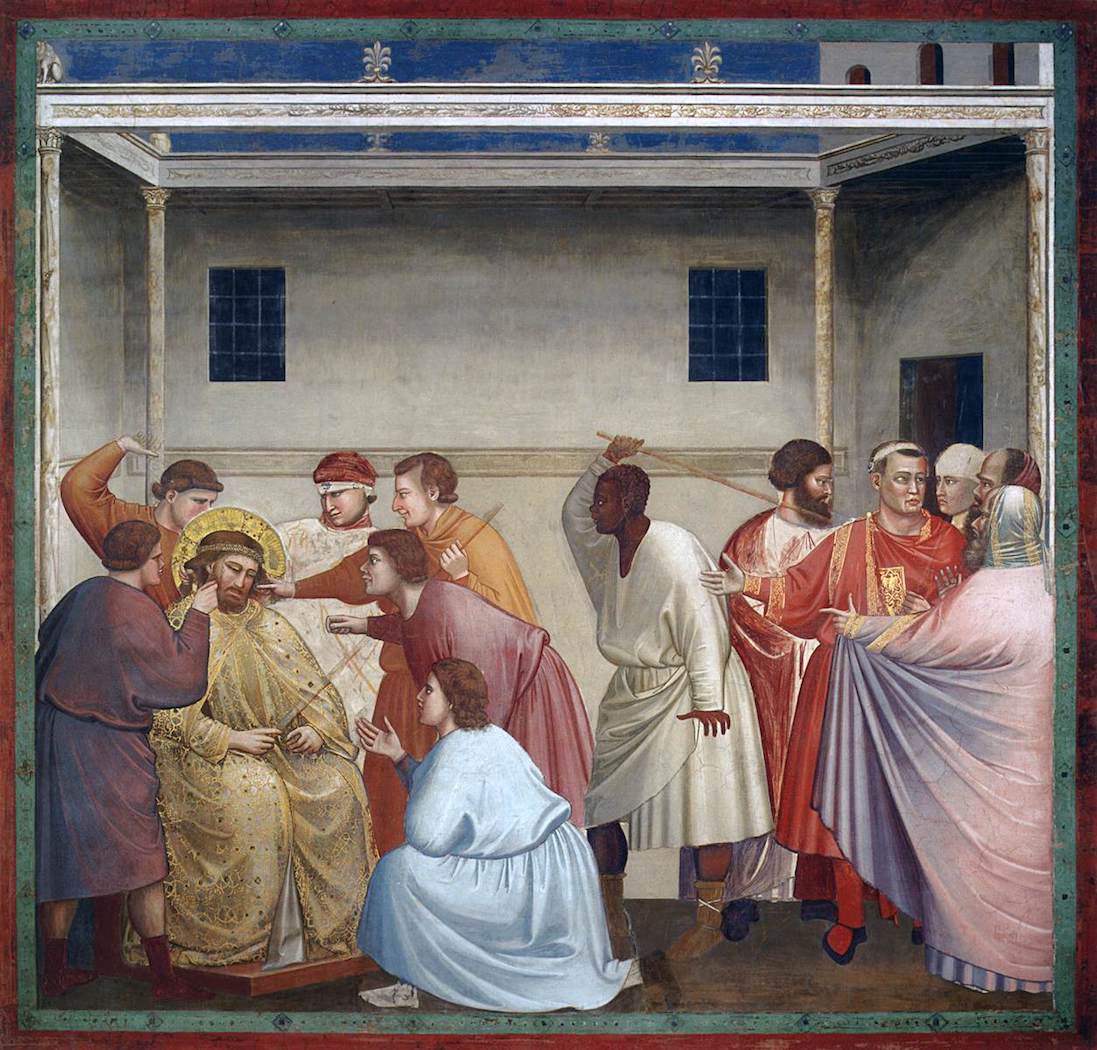 Taking as a focus Giotto’s Black man in the Mocking of Christ scene at the Arena Chapel (1300-05), this paper examines, contextualizes and critiques the assertion that such a figure embodies evil incarnate. While such racist stereotyping is evident in imagery from northern Europe, at the time there was no similar pattern in Italy. Giotto’s character is situated in a liminal position and suspended stance, neither actually beating Christ nor yet siding with him. I argue that his presence signifies the story’s location far away but in historical time and specific geographical place, and implies the possibility of conversion. At a time when tales of Prester John (Christian king of Ethiopia) were spreading, as were tales from pilgrims and crusaders, and long before Africans were transformed into regular commodities in the European slave trade, such Black figures principally present the assumed superiority and universal truth of the Catholic faith.