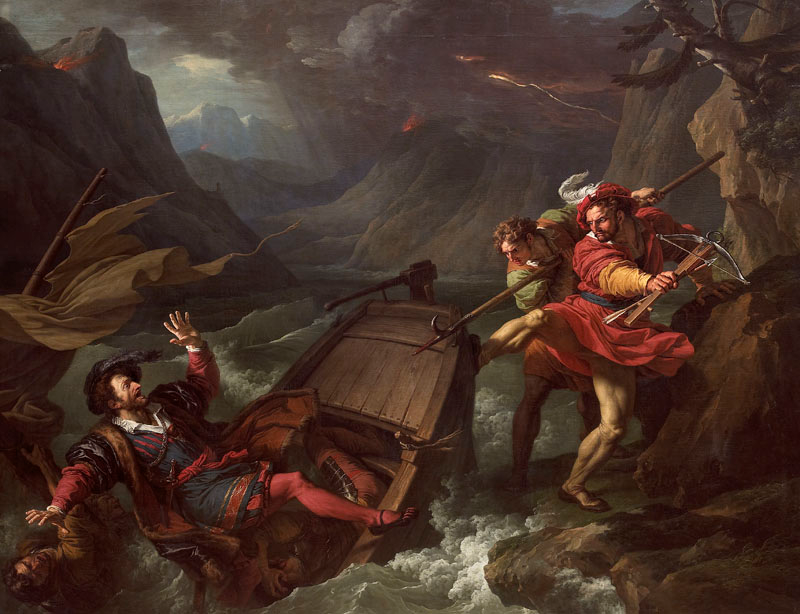 Why does History painting so often disappoint its public? This may seem a strange question, especially after many years of reception studies, often involving the particular public success of works (such as those of David in the 1780s) But I contend that disappointment, perplexity and scorn are in fact far more common reactions to History painting as a genre, from the earliest public art exhibitions onwards.  Why is this? My paper explores a couple of moments in the history of French history painting and asks whether History painting as a genre  is an eternal victim of historical and social circumstances, or whether instead we might see it as set up for failure by its hubristic ambitions and undefinable aesthetics.

Mark Ledbury is Power Prof and Director of the Power Institute: His work on European Art of the Eighteenth and Nineteenth Centuries has led to books and publications on painters including Boucher, David, Northcote and Greuze. He’s recently edited with Robert Wellington the book The Versailles effect (2021) and is trying to finish his book on History Painting,  which explores its stakes, strategies, energies and eccentricities as a genre, from Poussin to the Nineteenth Century.  Currently at Power he’s trying to get a large-scale project called “The Visual Understanding Initiative” off the ground, and to that end is developing panels,  talks and a large-scale event  focused on new research on the science and culture of seeing for late 2022 and early 2023